The Co-op has announced that it will be the first supermarket to sell fully carbon neutral own brand food and drink by 2025. The world-first move by the major supermarket chain is a radical part of an ambitious 10-point climate plan to achieve net zero carbon emission by 2040 – 10 years ahead of the government’s own ambition.

From products and packaging to power and pension fund investments, the comprehensive plan details how the Co-op will reduce the direct and indirect impacts of all the food and drink it sells and its wider operations. The Co-op also reported that it had achieved carbon neutral status across its Food, Funeralcare, Insurance and Power businesses, including its 2,600 food stores and 800 funeral homes.

Co-op Power, which is the biggest energy buying co-operative in the UK, will use its collective buying might to help Co-op suppliers to save money and source low-cost energy in an ethical, sustainable way.

The plan sets out targets, endorsed by the Science-based Targets Initiative, to cap global temperature increases and meet the goals of the Paris Agreement, which came into force in 2016 and created a global pact of almost 200 countries to tackle climate change.

Co-op Food CEO, Jo Whitfield, whose pay is linked to its radical targets, said: “We are facing a monumental climate change crisis entirely of our own making. We must recognise that we are in part responsible and that we have to do more and quicker.

“This is a hugely significant year and the world will be watching as the UK Government hosts the largest climate change conference ever (COP-26). Just as the Government must be
ambitious in delivering against its own commitments, we must all be bold and take collective action to tackle climate change.”

The Global Good Awards 2021 are now closed! However, the Canon Young Champion category remains open until 21st May.

GGA spreads its wings with Ethical Angel and CAF
June 9, 2021

Planet Marks puts net zero learning on the map
May 5, 2021 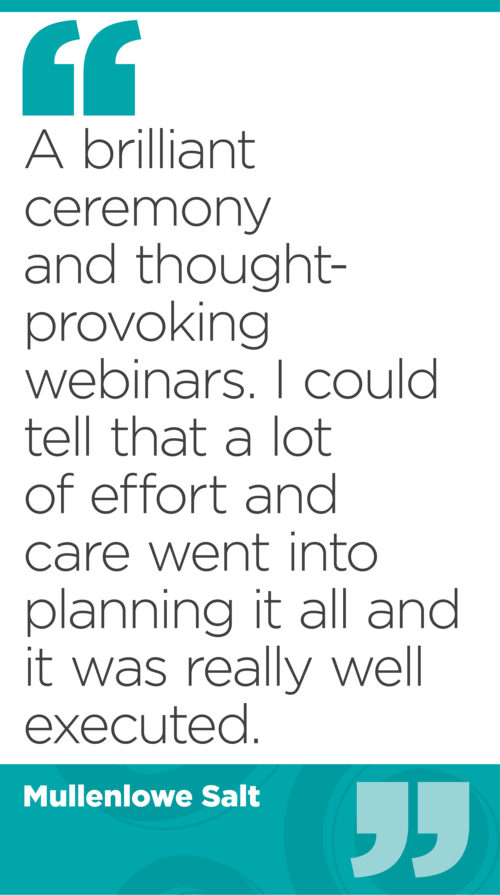